Infections occur when fish are in unhealthy physical condition along with risky environments in a fish tank. Fungal spores are primarily found in water and can thrive in both high and low temperatures. If your fish is healthy

it won’t show any symptoms of infection. These are the types and causes of fungus diseases in fish:
1. Fungus of the family Saprolegnia is very common in freshwater fish. The fungal patches are found on the infected fish’s bodies and fins. The formation of fungus is commonly known as mycelium, and this type resembles white or brownish cotton wool. Just a filament of this fungus is destructive. It can destroy tissues, causing blood and pus. As the fungus consumes the tissue fluids, it spreads even more. As a result of fungal growths, the tissues will be destroyed and the infected fish is likely to die from fluid loss. Sometimes, the disease also causes osmotic loss, along with tissue damage, the fish will suffer from mineral loss. All these factors will eventually harm the fish to death!
2. Fungus of the family Branchiomyces: It particularly attacks the fish’s gills. The disease caused by this fungus is typically called Gill Rot. It is very deadly for fishes as it will destroy their respiration. If you manually raise the fish’s gill covers, it’s noticeable that their gill filament has turned into brown, grey, or even darker colors. Sometimes, the fungal infection may occur in the brain, making the fish struggle to swim and have red bulging eyes.
** Columnaris is a bacterial disease that resembles those fungus diseases. The sign of this disease is fluffy lesions on the fish’s body or around its mouth. It mostly happens in cool weather or low-temperature water. If the symptom occurs around the fish’s mouth, the disease is called Cotton Mouth disease.
Now, many of you may be wondering, how does a fish become sick even with frequent water changes? Fungal spores are everywhere! But when the fish is unhealthy, there will be a noticeable sign of the symptoms. Especially in cold weather, when the water is at a low temperature. It’s the ideal time for those fungi to attack. So, we recommend you use Cotrixide, a product to eliminate all types of fungus, bacteria, protozoa, and parasites. This product works effectively within 3 minutes, after it has been added to the water. Add Cotrixide in the protective ratio in each water change to protect your fish by getting rid of disease-causing organisms and parasites. Along with Tantanic, the water enhancer, this powerful combo will reduce the risk of external infections.
However, keep in mind that Cotrixide will stay effective around 5 days after it’s added to the water. Then 5 days or a week after that, you should change the water to avoid germ accumulation. If you leave the water in a fish tank too long, disease-causing organisms will grow, accumulate, and attack your fish over time.We hope you learn about the fungus diseases in ornamental fish and hope this article will be helpful to those who have experienced these problems. Thank you for reading. 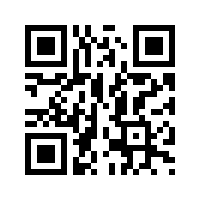 THE IDEAL WATER FOR BETTA FISH
Water is the most essential factor for raising betta fish. If the water in a fish tank is well-balanced and in good conditions, it supports the fish to grow well and thrive. Your healthy fish will be stress-free and adjust themselves quickly.

SHOCKED BETTA FISH AFTER A WATER CHANGE!
First of all, there are two things to remember: Sudden temperature changes in water can make your fish go into shock, and avoid feeding fish right after each water change.

WHY DO FISH SECRETE SLIME?
The slime is a natural secretion, produced and released naturally to coat external skin and scales. It is a clear slimy substance with a fishy smell. Slime coat is natural in almost every type of fish.

CAUSES OF A SICK FISH & HOW TO AVOID INFECTION
One of the questions that have been asked and answered endlessly is how to spot if a fish is sick. We already have an article about this subject

SIMILARITY & DIFFERENCES OF INDIAN ALMOND LEAVES AND TANTANIC
Indian Almond Leaves (Catappa Leaves), Tantanic, Gold Tantanic, Aquatan, and Blue Tannic share a similarity as all of them are aimed to provide tannins in a fish tank. However, there are significant differences as shown in the table below: